Sunday with the family and trying on new clothes

I had an extended family lunch today and we decided to have yum cha.  Never underestimate an Asian family's ability to produce masses of food. 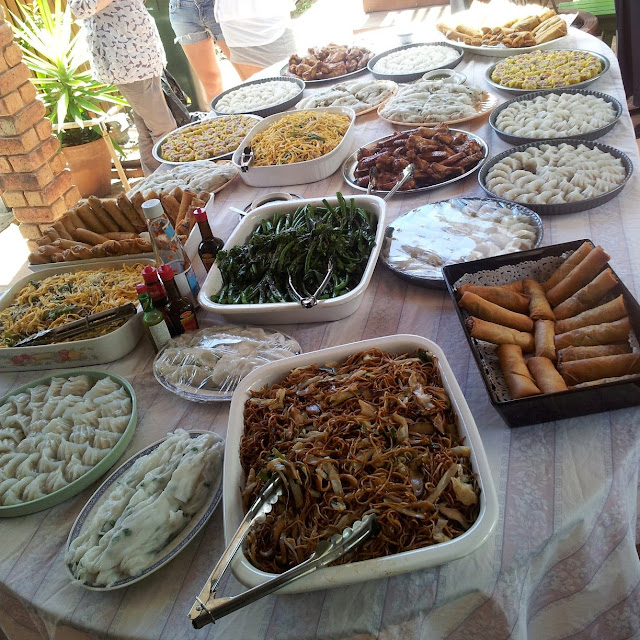 People hoed into the dessert table before I had a chance to take a photo but it was equally as impressive.

After lunch, a few of my cousins holed themselves up in a room to practice a few songs for another cousin's wedding next Saturday.  I must say, it looked rather impressive with the drum kit, bassist and guitarist.  Equally as impressive was their rendition of R Kelly's "Ignition" (inside family joke making fun of my cousin/the bride). 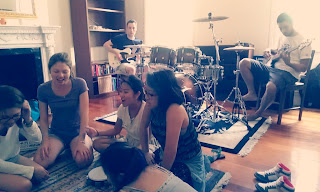 I also picked up my Brandsexclusive parcel from my parents' (I get stuff delivered there as parcels seem undeliverable to my apartment for some reason) and tried them on when I got home. 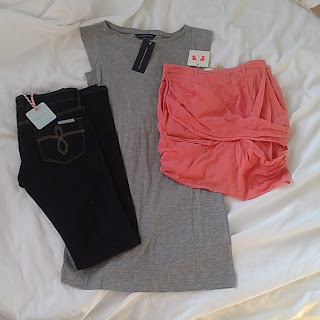 The Sass & Bide skirt fits really nicely.  I tried it on with a singlet and with a tank and both look good - I might have found my NYE outfit! 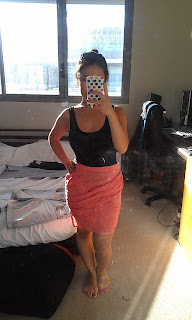 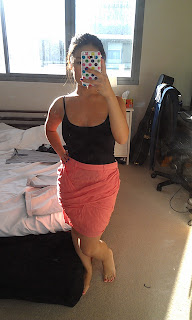 The French Connection dress is a lot longer on me than it is on the model (obviously!) so I flipped the hem up a bit (pending a sewing session when I get some time) and added a belt and it looks much better. 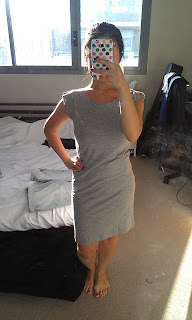 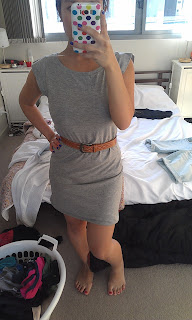 The jeans are obviously far too long for my short legs so no pics (bunchy, fat ankles are not that sexy).  I was surprised to find my butt struggled to fit into the jeans.  I haven't owned a pair of Sass & Bide jeans in a few years but I've never had said butt problem in the past.  And I wouldn't say my derrière is particularly large...  Ah well, nothing a good stretching out won't fix.

We got some afternoon visitors on our balcony.  One of them even stood at the glass pane watching Liar Liar with us on the telly. 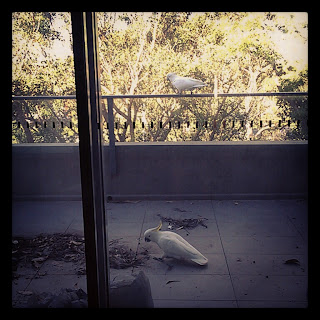