This is the back story.

Some years ago after retiring from Rugby Union, George Gregan decided to open some coffee shops.  The coffee wasn't great and I don't think the coffee shops did too well.  Eventually, they only existed inside Macquarie Bank Offices (in Sydney anyway - not sure about other states) due to signing some agreement with Mac. 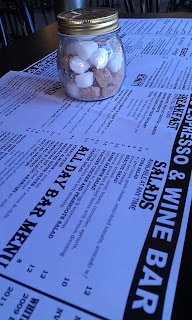 Not sure what caused the overhaul a few years ago but suddenly the coffee was great and other aspects were improving.  They also started using Allpress beans which are one of the better brands (in my opinion). 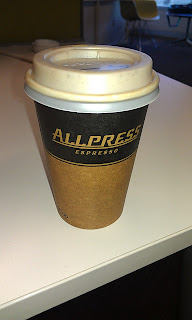 Anyway, after I left Macquarie I couldn't buy coffee from George Gregan anymore - until now!  I found a new one that opened up 2 minutes from my new office.  After speaking to a few people it seems like they are now opening cafes on the street and separate from Macquarie office buildings.

The internal decor is actually really nice - LOVE the koi fish mural on the back wall. 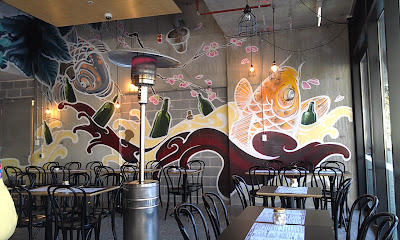 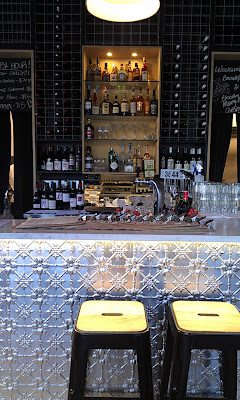 The coffee is as good as I remember it being, and they use Bonsoy (THE best barista soy milk out there).