Guitar Shopping and an early Christmas

I had an early wakeup call this morning to go guitar shopping at Gosford.  9am the shop opened.  7am Tom woke me up.  This was my "I'm trying to look as good as I can for 7am on a weekend" look: 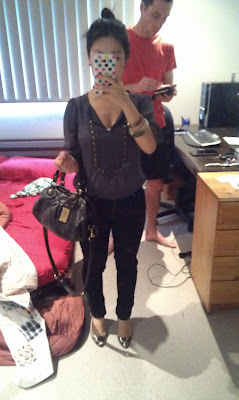 I grabbed a coffee to last me the car ride up (for those of you who follow me on Instagram you'll know that was my "breakfast").  We arrived just as they were opening the shop and I entertained myself by finding a guitar that matched my shoes while Tom played on the guitar he was about to purchase (I want to say Gretsch or Grestch?  I don't know... it's white and gold and pretty). 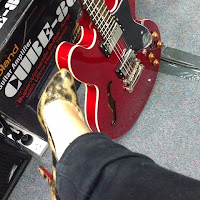 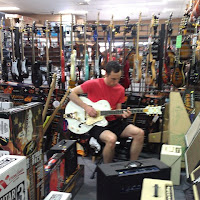 On our way back to Sydney we hit the worst traffic ever.  What was meant to be a 50 minute trip took 2 hours.  Consequently we were late to Tom's family's early Christmas lunch.  Which also meant we rocked up with a plastic bag of veggies instead of a beautifully cut and dressed salad in an appropriate salad bowl.  I hate doing this but I hate being late even more. 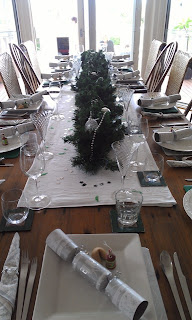 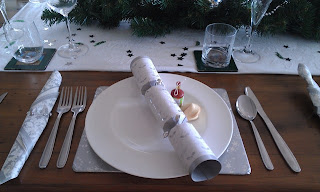 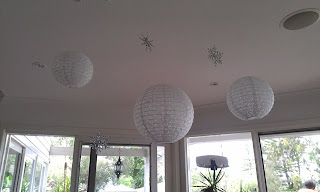 I loved the decorations and it reminded me how much I love Christmas.  We had a delicious Christmas Ham and Christmas Turkey with some roast veggies and salads.  Dessert was a fruit pudding with cream AND custard.  Washed down with champagne and white wine and then some rocky road, Lindt choccies and M&Ms for good measure.  Unfortunately the weather was rather crap so the annual game of cricket was short-lived and instead we partnered up and played Trivial Pursuit.  People showed their true colours and became really competitive (guilty) and started hurling abuse at their partner when their partner answered the question incorrectly when said person knew the correct answer (guilty).  Said person is still not over it.

Then it was presents time!  I know I'm 26 but I still love unwrapping pressies.  Between Tom and I we scored a wine cooler and a Brie/Camembert baking dish! 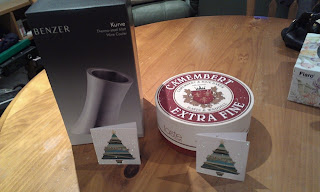 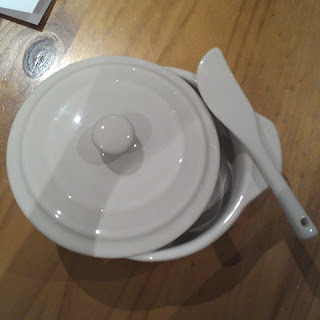 We were supposed to drive back up to Gosford to watch Sydney FC vs Gold Coast Mariners tonight but the boy has a bout of food poisoning and is feeling sorry for himself.  We are sitting at home watching Family Guy and I'm eating leftovers from the salad I made today.

Hope everyone is having a great weekend!  The temperature is meant to hit 27 degrees tomorrow so I might head down to the beach with my sisters.
Posted by Kay HermosaVogue at 11/03/2012 09:57:00 pm