As much as I love these heels, they have been my most troublesome pair.  Long story short, when I received them they were in MUCH worse condition than the ebay listing lead me to believe.  The listing stated "one of the shoes have a small rip" with no photos of said rip.  What was a 'a small' rip turned out to be a 1cm rip right through both layers of leather, and 2 other minor rips.  The innersole on both shoes had curled up completely which you couldn't tell from the photos.  The patent leather had come off in about 7 places, exposing a silver layer of something underneath.  None of this was disclosed. 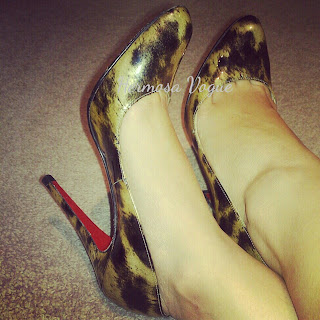 In my state of shock, I immediately took them to the miracle shoe cobbler at Chifley Tower to see what he could do.  He said he would need to get extra leather to place as backing in the spots where he was going to re-stitch the rips.  He also replaced heel tips, and re-glued the innersole back down.  Nothing could be done about the spots of missing leather.  $58 later, I'm feeling like this wasn't the bargain I initially thought it would be.

Regardless, I decided to keep them because I really like them, despite the faults.  I've put heel grips AND party feet in there and they're still a tad too big so I just have to be super careful when I walk. 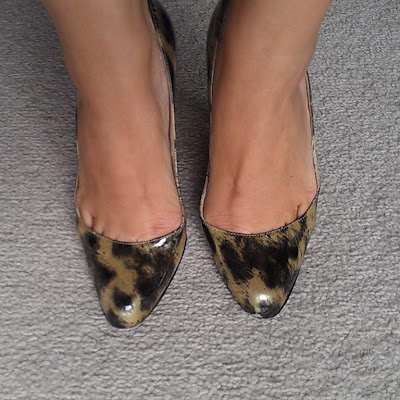