Coming up for air. Uniqlo goodies.

I won't lie.  I had to re-read my last few posts as I had no idea where I had left off last time.

I feel like I've been in my own little bubble lately.  I worked a few public holidays+weekends+late nights and I was beginning to suffer from long-term sleep deprivation, general irritability and deliriousness.  The first day off I had in a fortnight was last Saturday and that was only because I had a wedding dress fitting appointment that I could not shift.

Having said that, despite my ridiculous hours at work I am so much happier in this new role/company than I ever was at my last job.  It makes you put things into perspective and makes you appreciate what you have.

Work aside, I was meant to tell you about my online Uniqlo purchases. 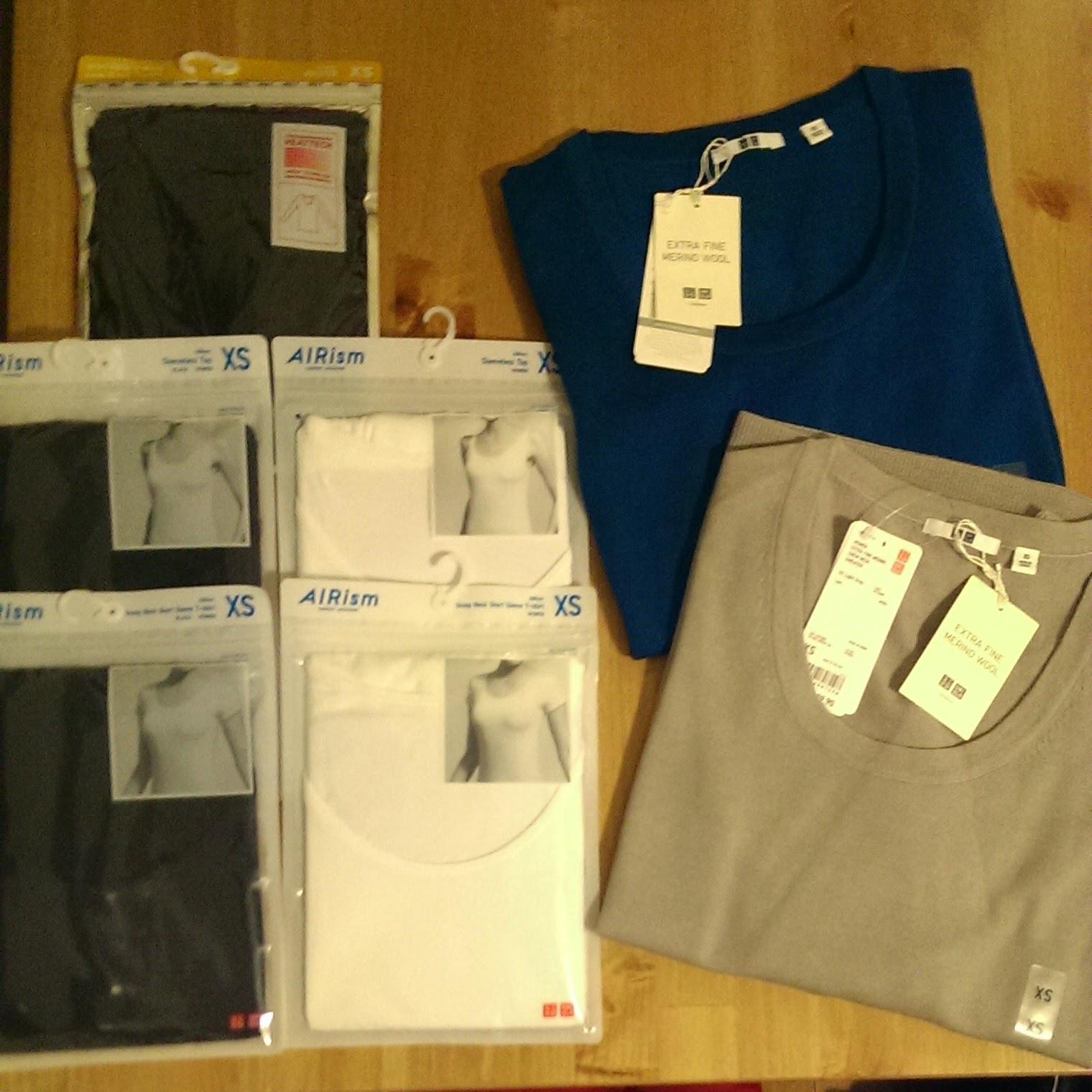 I decided to try out the scoop neck merino knits since I already have 2 Uniqlo v-neck knits.  I've decided to keep the grey one but I'm going to return the forest green as I prefer the v-neck style.

I got a heattech long-sleeved top which is just great, as expected.  The AIRism tops I got were a bit of a let-down.  I'm not sure what I was expecting really, given their promotional material.

The website says "can be worn as a top" but I don't think you can wear the white tees/tanks at all.  They are pretty thin and you can see all bra lines, lumps and bumps.  Will be returning the AIRism tanks as they are a lot boxier than the image on the site.