This is pretty much the only part of Lima worth blogging about.  Lima is overcast for a majority of the year and we had a dodgy tour guide who I don't want to talk about.

I had booked a Market Tour and Cooking Class with Skykitchen - can't go wrong if they're rated #2 activities to do in Lima!

The Market Tour was amazing!  Honestly who would've thought a tour of a market could be that interesting?  We met Karla and Yurac at the markets and marvelled over how cheap their produce is (AUD75c for a kilo of potatoes!!). 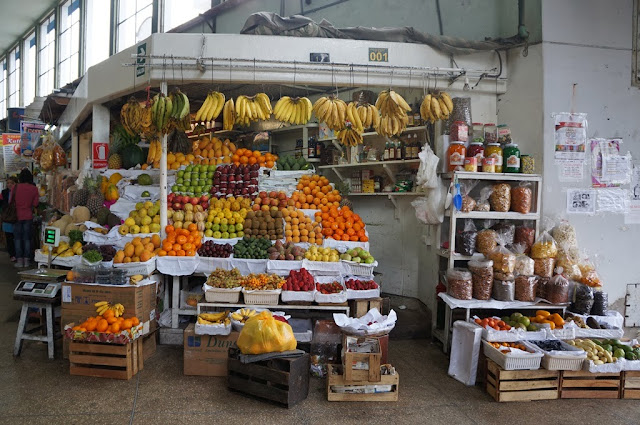 Our first stop was the fishmonger where we saw a fish get filleted - the same fish we were about to use in the cooking class afterwards.  More on that later. 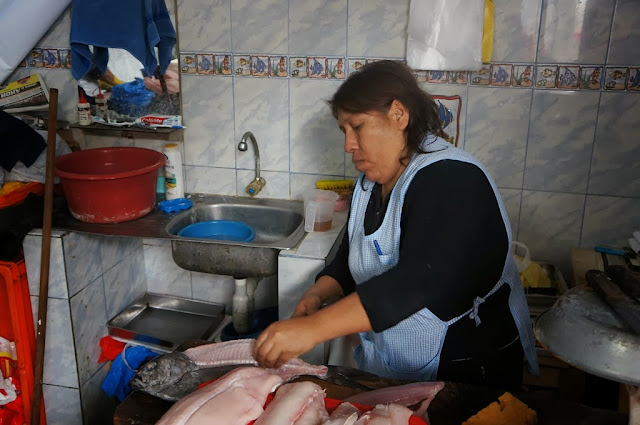 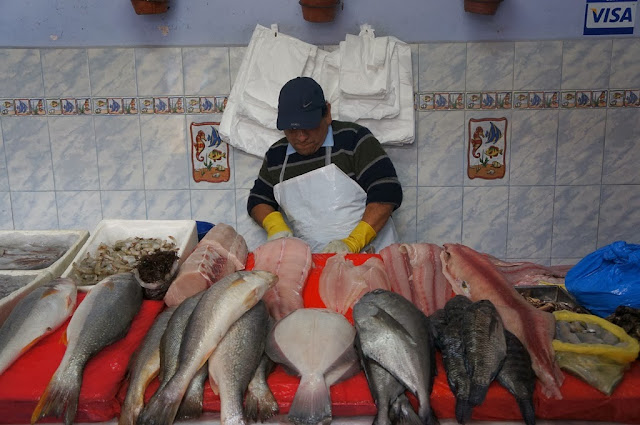 Karla told us how to choose fresh fish - clear eyes, meat bounces back when you push a finger into it, and it shouldn't smell fishy.

Next stop was the fruit section - I loooove fruit.  We were introduced to the plethora of fruits they have available in Peru.  Karla said they are able to grow such a variety of fruit and veg because of the diverse climates they have in the country.  They've got the Andes at heights of 6800m but then they have a coastline, and then there's the jungle.  We bought one of every fruit available and Yurac went back to set up for the cooking class. 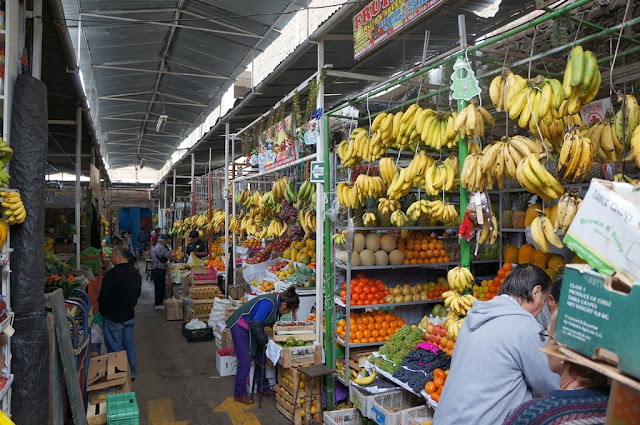 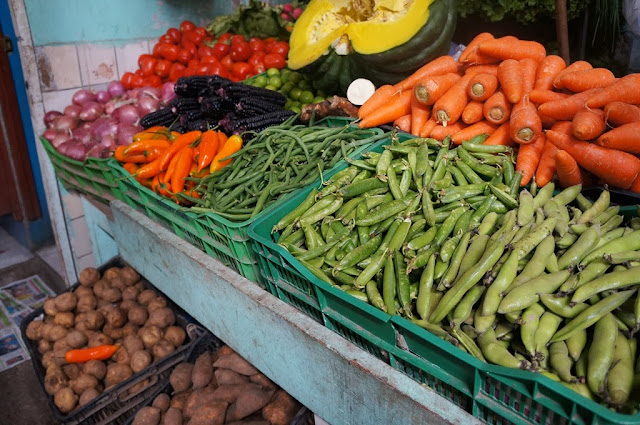 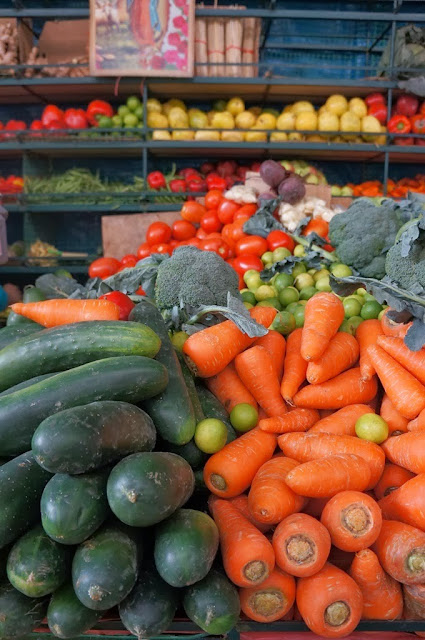 We turned the corner to the meat department and I had to cover my eyes.  I had caught a glimpse of a de-skinned rabbit that still had furry paws and just couldn't handle it.  A Peruvian native saw me struggle to look at the rabbit and she sniffered and pointed at me, saying "it's delicious" - thanks old lady!!  Karla decided to skip the meat section (only after showing me brains and tongues of various animals) and fast forward to the spices. 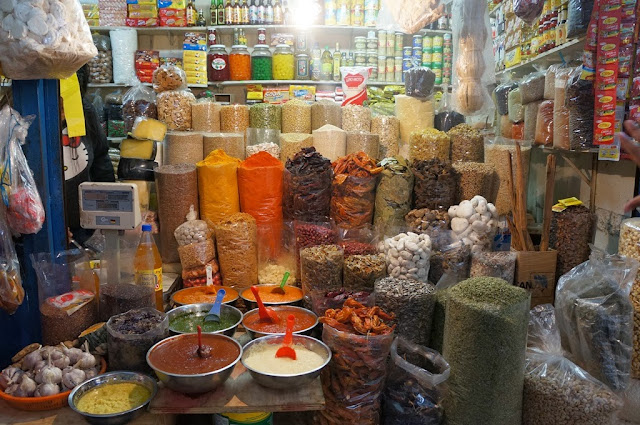 And we found the Asian section of the market - bok choi, spring onion, gai lan.  Aaaand there I've just listed all the asian greens I know the name of (Kay as a bad asian is another blogpost). We ended the Market Tour with cheeeeeeese. 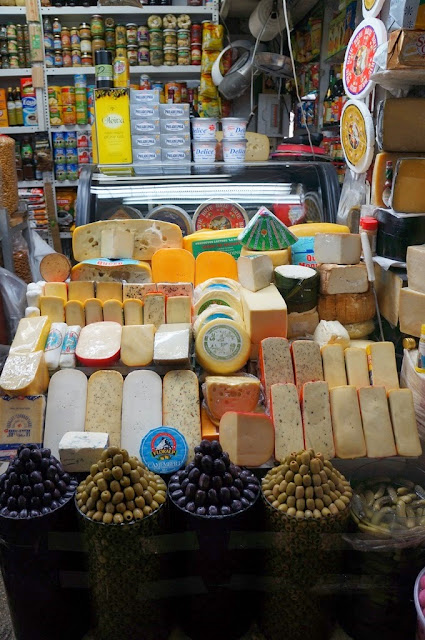 We caught a 5 minute cab to Skykitchen headquarters where Yurac had prepared all the fruit we had seen earlier that day. 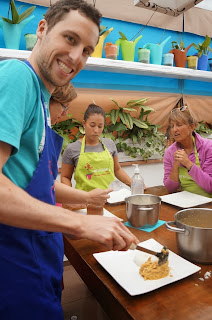 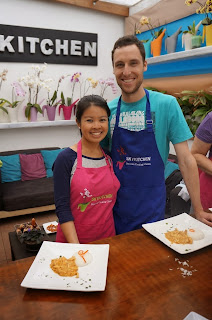 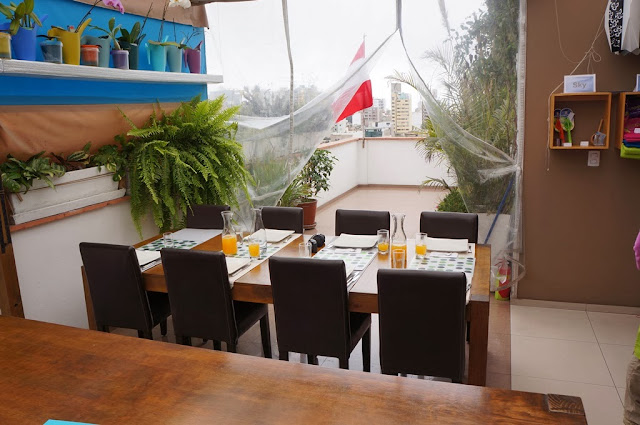