Sorry it's taking me so long to post about my travels - between work, apartment hunting, social and family engagements I don't have much time left to do anything but sleep!

This time I've enlisted the help of my sister who has kindly recounted her Machu Picchu experience for you.

Apart from our cousin’s wedding, Machu Picchu was the second most prominent reason why we travelled to South America in the first place, at least from my perspective. I had seen the photos and heard people rave about it so I was looking forward to ticking something off my bucket list (note to self: actually write-up a bucket list so I can tick this off). Although, to be honest, there wasn’t much more anticipation other than getting to say to people that yes, I had been to Machu Picchu.

Actually getting to Machu Picchu was easier and much less arduous that I anticipated. We were picked up from our hotel at 6.30am by the tour company and they dropped us off at the train station. From there it was a very comfortable and scenic 3-hour train ride through the Urubamba Valley to the village of Aguas Calientes. We met our awesome tour guide, Jose, outside the train station gates and then hopped on a coach that took us to the entrance to Machu Picchu in twenty minutes.

Once you walk past the entrance and step into the opening of Machu Picchu, you have to take a moment. It’s quite spectacular. This valley suddenly opens up in front of you but instead of just trees and grass, it’s an Incan village and a rather spectacularly constructed and maintained village at that. This village is situated on top of a mountain, surrounded by other mountains. Machu Picchu means “Old Mountain” and is not the original name of the village. No one knows the original name of the place because it’s completely undocumented. It was abandoned by its inhabitants when the Spanish were closing in but the Spanish never found the village – rather fortunate because the Spanish had this habit of destroying things they thought were threats to colonisation. 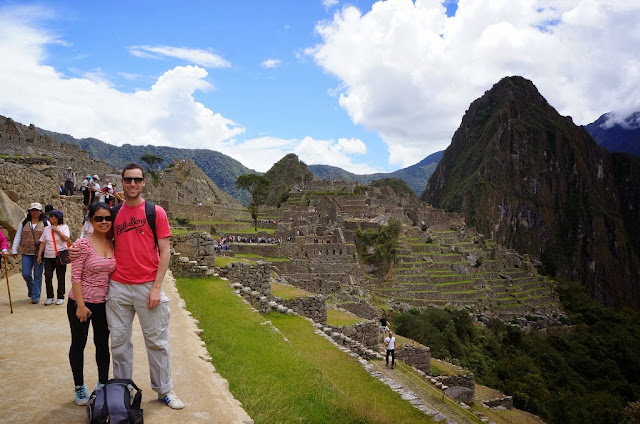 Jose explained all of this to us and he gently guided us through this amazing place. We stopped to take pictures every 10 seconds so it must have been a pretty tough job for him. He pointed out the trapezoidal structures in the architecture, a stabilising measure to prevent great damage in the event of earthquakes, which apparently happens every 300 years.

He pointed out the amazing irrigation that functions to this day, draining water from a spring, high up in the neighbouring mountain. He pointed out the mind-blowing masonry that allowed the Incas to build temples with the use of mortar; instead the Incas interlocked their stones but cutting and grinding them to fit perfectly with one-another.

He pointed out the multiple awe-inspiring nuances of the village: the precise orientation of the window in the sun temple towards the sun on the first day of the winter solstice, the path that lies directly between the peaks of Machu Picchu and Wayna Picchu, the large stone that mimics the silhouette of the mountain behind it, which incidentally also looks like a guinea pig, and the list goes on. This entire village makes you think that the Incas were crazy alien people who mapped out this village to precise perfection. 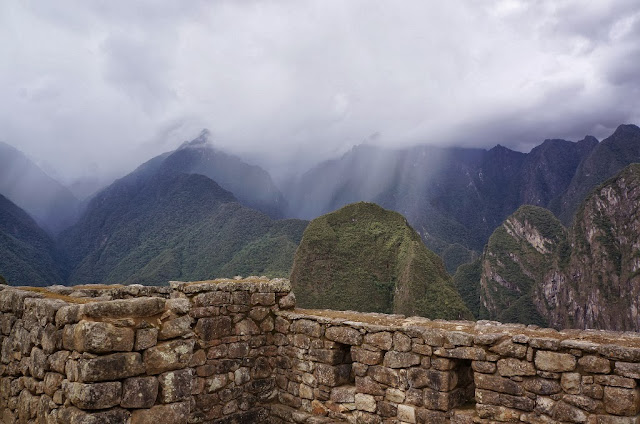 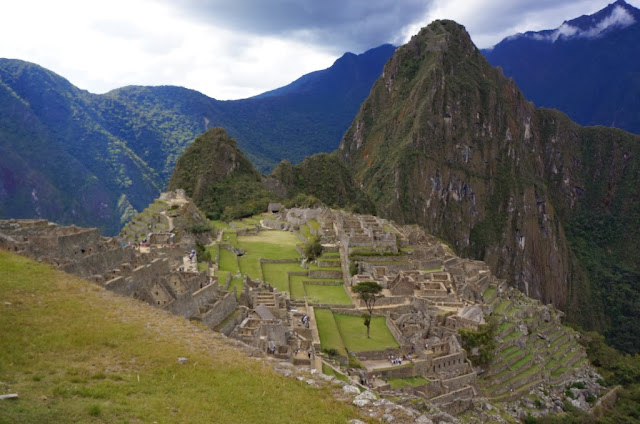 Towards the end of our tour, we took a break in the open area where palaeontologists hypothesise that the skilled workers took their lunch breaks. We sat on the edge of the village, overlooking the green valley below as the wind from the oncoming rain swept over us. I looked towards the peak of Machu Picchu were we would head to after Jose left us and where we’d take our obligatory touristy photos and I decided that South America was worth it. It didn’t matter if there were times in the trip when I was fed up and just wanted to go home. Machu Picchu was worth it. 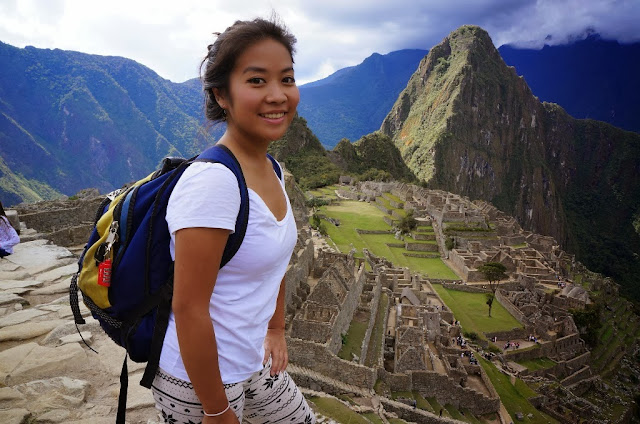