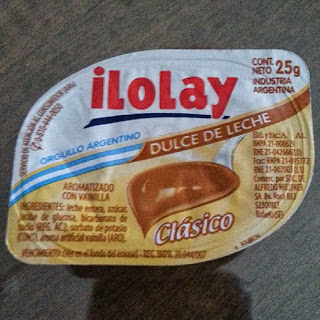 Dulce de leche
Argentinean caramel.  Tastes different to what we know as caramel though.  Tastes more dairy-y.  Tastes exactly like a can of condensed milk being boiled in a pot with hot water until it turns to caramel.  It's used primarily as a spread on toast but also in baking; alfajores (Spanish dessert really popular in Argentina) are 2 biscuits filled with dulce de leche. 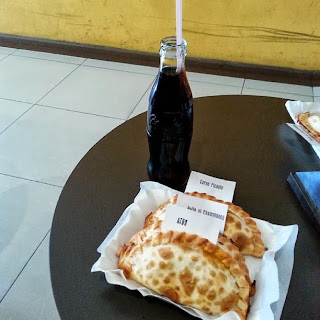 Empanadas
We all know what empanadas are right?  But Argentinians take it to the next level.  The traditional empanadas are carne (meat - btw when Argentinians say 'meat' they mean 'beef'), but they also do 'jamon y queso' (ham and cheese) and chicken.  Some places will do 'picante carne' (spicy beef), corn and bechamel sauce, onion and cheese, chicken and mushroom, tuna, the list goes on.  The reason why they're so yummy is because you can get them fried or baked (in Aus we generally only get them fried), and the pastry is generally thinner which means more filling! 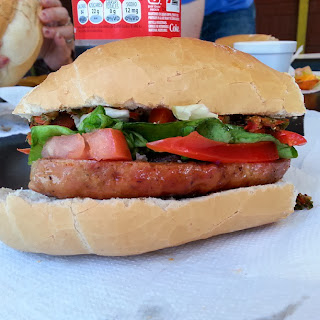 Choripan
Hot dog with a chorizo.  Need I say more?  It usually comes with an assortment of sauces/toppings which you add yourself.  The best part is we never paid more than ARS$25 (AUD$2.77) for one.

Coffee
They drink their coffee short and strong.  You generally need to ask for milk - 'cafe con leche' (cafe=coffee, con=with, leche=milk).  I had a wicked iced coffee with dulce de leche: 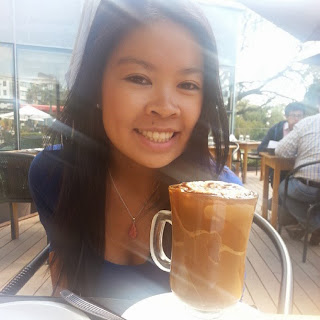 Red wine
Any red wine from the Malbec region is GOOD.  Even if it costs 8 pesos.  Seriously.

Jamon/proscuitto
They refer to ham as 'jamon', although what Aussies refer to as jamon is specifically jamon ham which tastes similar to proscuitto.

Italian - pizza, pasta and gelato
Argentina has a huge Italian immigrant population and therefore an Italian influence in their food.  I was personally disappointed by all the pasta I ate in Buenos Aires - it was soggy and overcooked and not at all 'al dente' like the Italians do it.  Pizza was similar to Italy but with a lot more cheese.  We had one pizza which was almost deep-dish and had a thicker layer of cheese than it did dough.  Way too cheesy for a lactose intolerant person.  They redeemed themselves with their gelato though.  I didn't have a lot of it but what I had was delish.
Posted by Kay HermosaVogue at 10/15/2013 07:10:00 pm