I've been on a boyfriend-imposed homewares ban for about a year.  I take his point - we live in an apartment with a limited amount of storage space and we're only renting.  It does make sense not to buy things until we buy a house and can choose the colour scheme, etc.

Well, a breakthrough happened a few weeks ago.  My boyfriend decided we needed another set of sheets.  He's a sheet snob - his Mum only ever bought Sheridan sheets and the crazy boy thinks he can tell the difference between 100% cotton and polycotton sheets (I can't).  I already have a set of 1000 thread count sheets I got from Target years ago, but when they are in the laundry we've been using a set of I think 300 thread count sheets that according to my boyfriend aren't 100% cotton.  He was right.  So he demanded another set of 100% cotton sheets.  I reminded him about the homewares ban he had imposed on me.  So he kindly lifted the ban so I could buy a set of sheets.  Whilst the ban was lifted, I sneakily popped a new quilt cover set into my shopping trolley as well.

I dislike all the quilt cover sets we have.  I bought one many many moons ago when I thought it would be cool to have rainbow polka dots.  It now looks weird thrown over a bed slept in by two 27-year-olds.  Another one my Mum bought for me - it's black with embossed circles on it (which I love) but it has a terracota brown border.  I hate brown with a passion.  A few I've inherited have floral prints which is almost as bad as brown to me.  I wanted a new doona cover which said "no, a 5 year old girl doesn't sleep here".

SO, here are my new quilt cover sets and sheet sets: 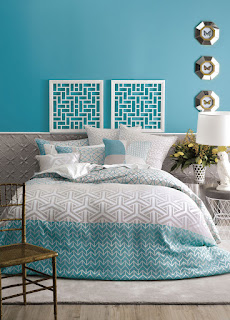 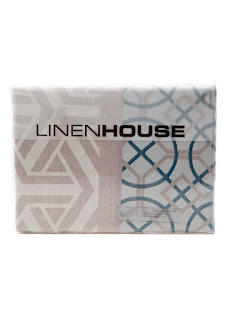 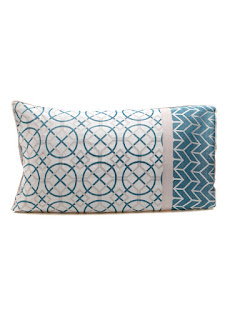 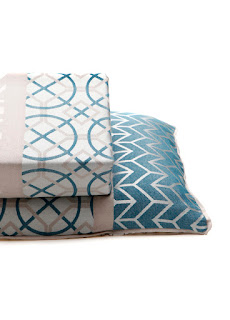 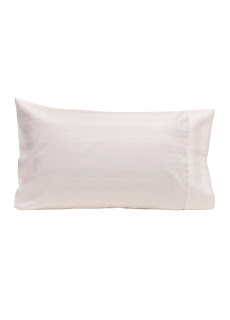 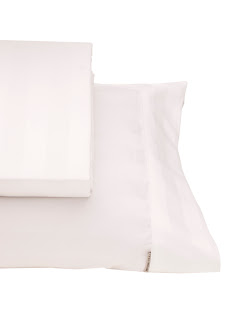