I constantly seem to find myself exhausted on Monday morning from a very full-on weekend.  Today was no exception.  When my alarm went off at 7.15am I thought it was my boyfriend's alarm for 6am and yelled at him to turn it off.  Oops.

Last Friday, I caught the train into the city and walked through Martin Place which puts up my favourite Christmas Tree in Sydney.  I also love the GPO building. 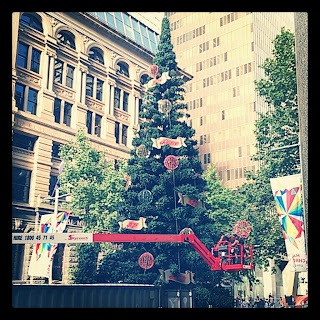 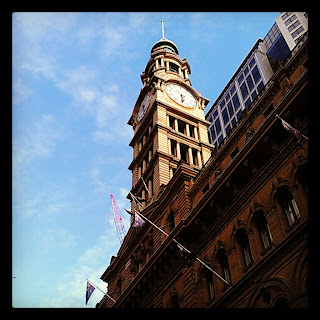 Tom and I had dinner at Sushi Tei - we love this place but I was actually disappointed for the first time.  We ordered the red bean drink we've previously had and the glasses were about half the size as they used to be but they're the same price.  I also found the sashimi to be less fresh/tasty than it usually is. 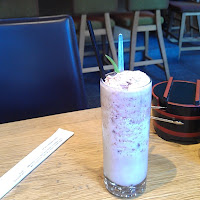 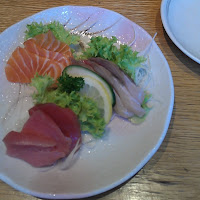 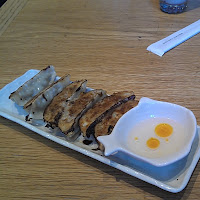 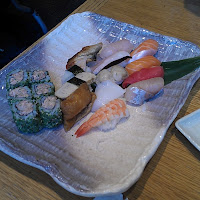 Saturday morning we were up early to visit Tom's Pop in his nursing home.  On our way home we dropped by Chatswood Westfield to pick up a Christmas present I bought my sister on JB Hifi online, had some lunch, got some groceries.  I went home and had a power nap, only to wake up at 4.30pm when my train came at 4.49pm.  I chucked on some jeans and a top and flats and managed to make the train and got into the city to start the Pub Crawl/Scavenger Hunt.  Scavenger Hunt was loads of fun and we won!!! 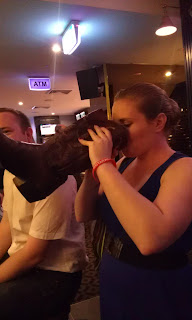 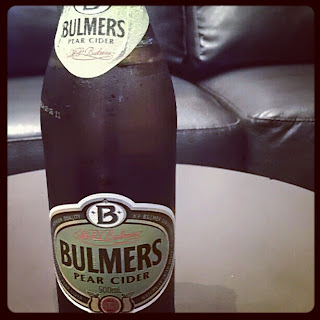 Sunday morning I made spanish eggs which were a hit with the boyfriend: 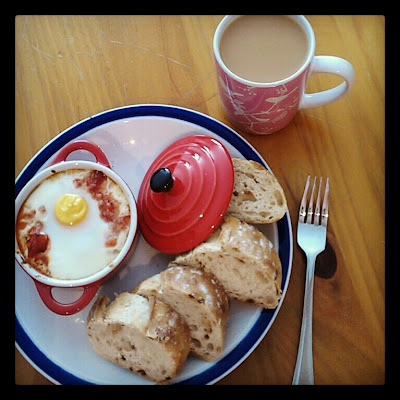 After breakfast I tried out my new deck chair on the balcony (no pics as the balcony is filthy!) then spent the arvo at a mate's pool.  Come on Vitamin D! 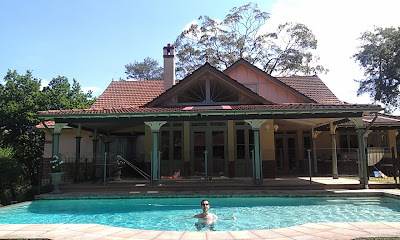 Raced home for a shower before heading to my parents' for dinner.  My Dad's curry dinner was an absolute hit, topped with salad + yoghurt dressing, and fruit salad with cream.  Zomg cream. 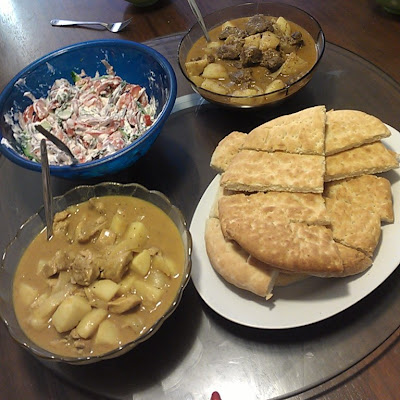 Played a few games after dinner with my sisters and finally home by 10.30pm.