Our biggest wedding splurge is the reception venue - and with 140 guests it's quite an expense.  So I'm DIY-ing as much as I can.  Not only because it's more cost-effective but also because I love DIY-ing and would get such a kick out of creating things that contributed to my wedding day.

I had heard quotes from florists in the thousands of dollars for wedding flowers.  I don't value flowers enough to pay that kind of money, and thought it might be fairly straight-forward to do it myself.

I youtube-d a few videos to got a decent idea of what's involved.  After purchasing some floral tape and wire from ebay, I paid a visit to the flower markets in Flemington.  I was completely overwhelmed with the flowers - which ones are suitable to put in a bouquet?  Which flowers/colours complement each other?  What am I doing?? 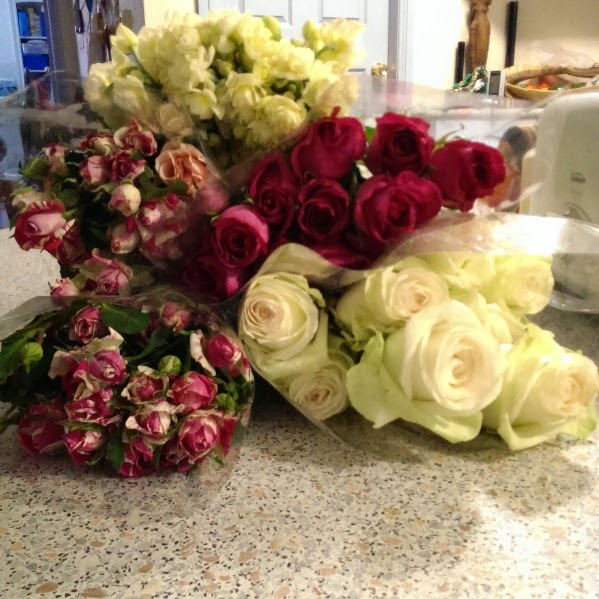 So I just bought some white roses, pink roses and these random pink and white spatter roses, along with another random off-white flower (no idea what type of flower this is).  I think I paid $25 for the bunches above so estimate spending less than $100 for 5 bouquets on the day.  I cleaned them up (removed a majority of the leaves, thorns, picked off dead/dirty flower petals) and started building the bouquet.

I started with 3 large white roses in the middle, then filled the gaps with the smaller pink roses.  I continued to build around the outside with the spatter roses and random off-white flowers.  It probably took 5 minutes to build the bouquet.  I dismantled that bouquet and attempted another one with less pink than before.  Then I dismantled that one and did another version.  It was actually pretty fun! 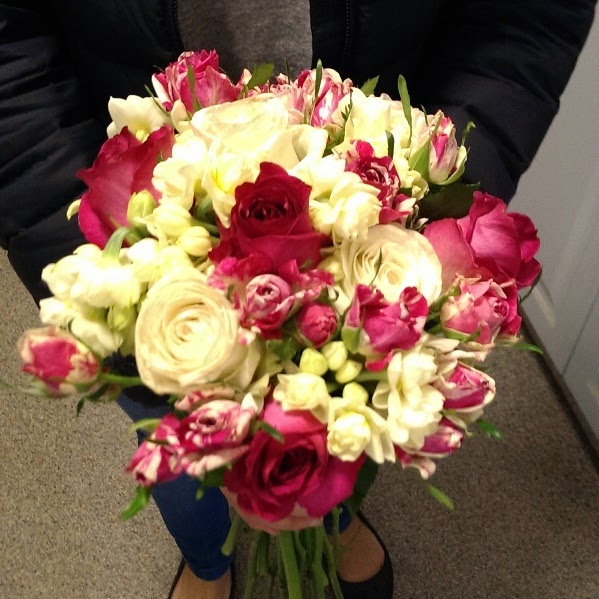 I won't be using the off-white flowers in my bridal bouquets as they drooped really quickly but it's all about trial and error.  My sister attempted a bouquet and it turned out nicely - less pink and more white than mine. 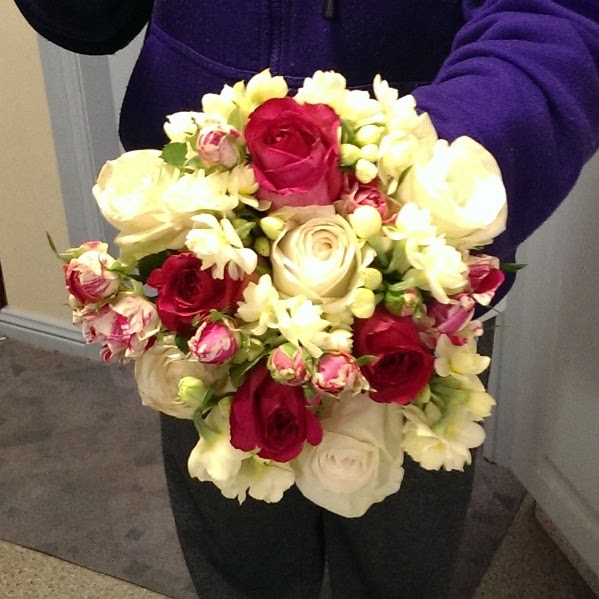 Getting used to holding a bouquet! 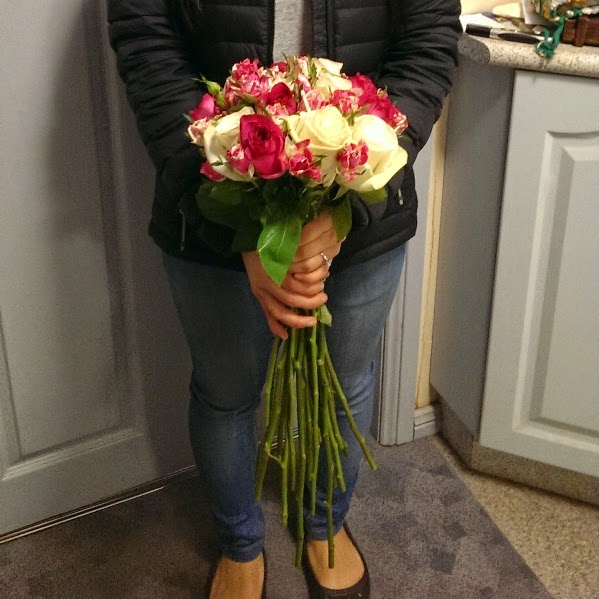 I forgot to take pics of the actual bouquets once I bound it with tape, hacked off the ends and wrapped satin around it.  If I do another trial run I'll remember to take said pictures.
Posted by Kay HermosaVogue at 8/26/2014 04:18:00 pm