Today I read in the paper that the leaders of the Khmer Rouge regime had been sentenced and it made me reflect on my trip to Cambodia in 2007.  I was fresh out of uni and had been working as an IT Grad for 6 months.  I wanted to go overseas because I had more money in my bank account than ever before.

I originally wanted to go to Thailand because, why not?  Aussies seemed to be flying there in drones so there must be something attractive right?  Then I detoured by Vietnam and Cambodia before flying home.  Ironically I hated Thailand (Phuket, to be fair) and absolutely fell in love with Cambodia and her people.

The Tuol Sleng Genocide Museum was just so shocking.  This was one of the many prison camps during the dark years of the late 70s in Phnom Penh.  They would hold prisoners here and torture them for information.  I saw the cells/rooms where people were tortured, devices such as ankle shacks and bare bedframes. 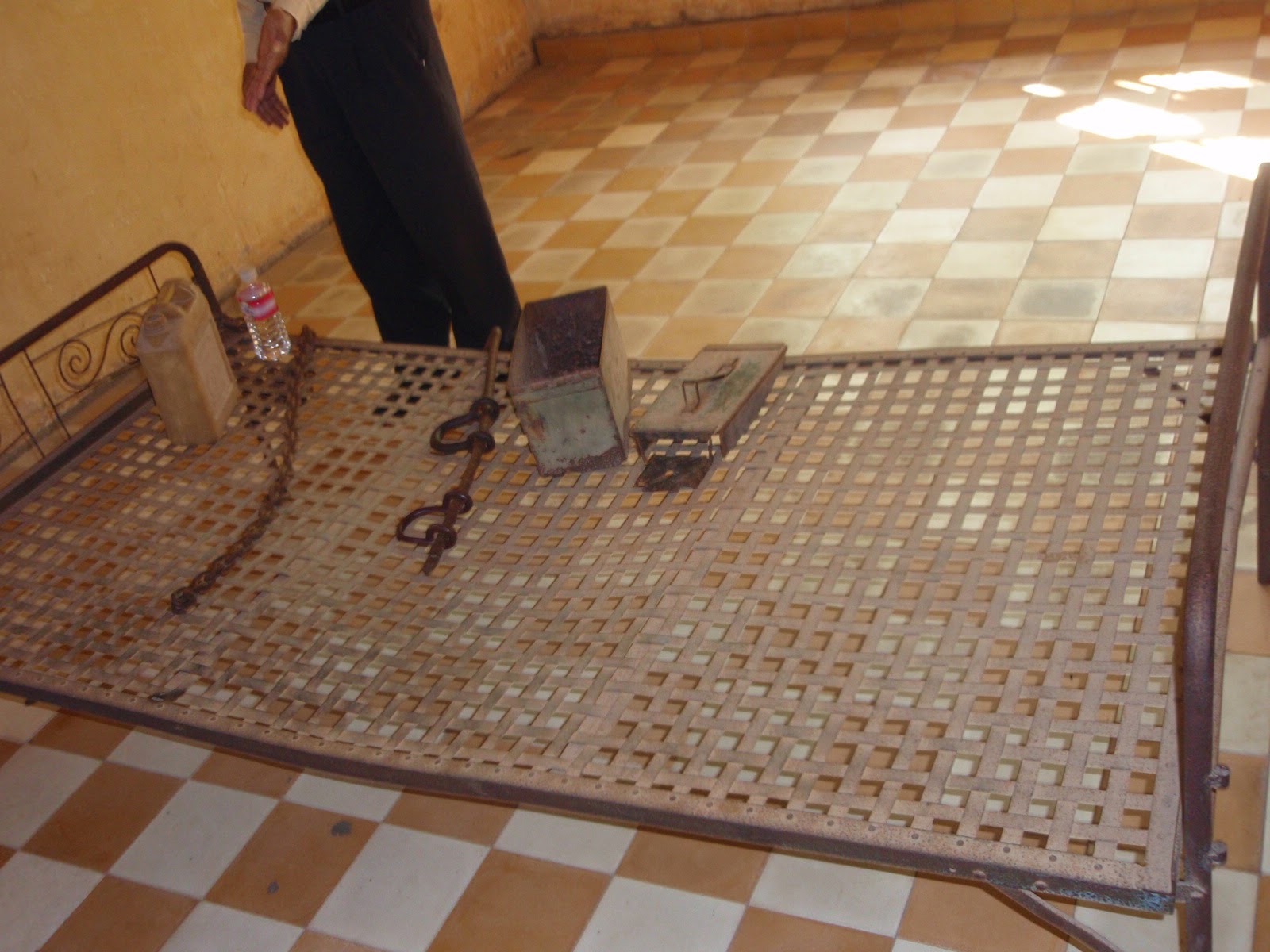 The Khmer Rouge would use heinous methods of interrogation including pulling out fingernails, waterboarding, rape, hanging, knifing and beating.  There were pictures of prisoners against the walls, most of them badly beaten with a deadness in their eyes.  I could almost feel their pain and started feeling really sick so went into the front yard for some fresh air.  Then I just burst out crying, saddened for this generation of humans who had been through so much. 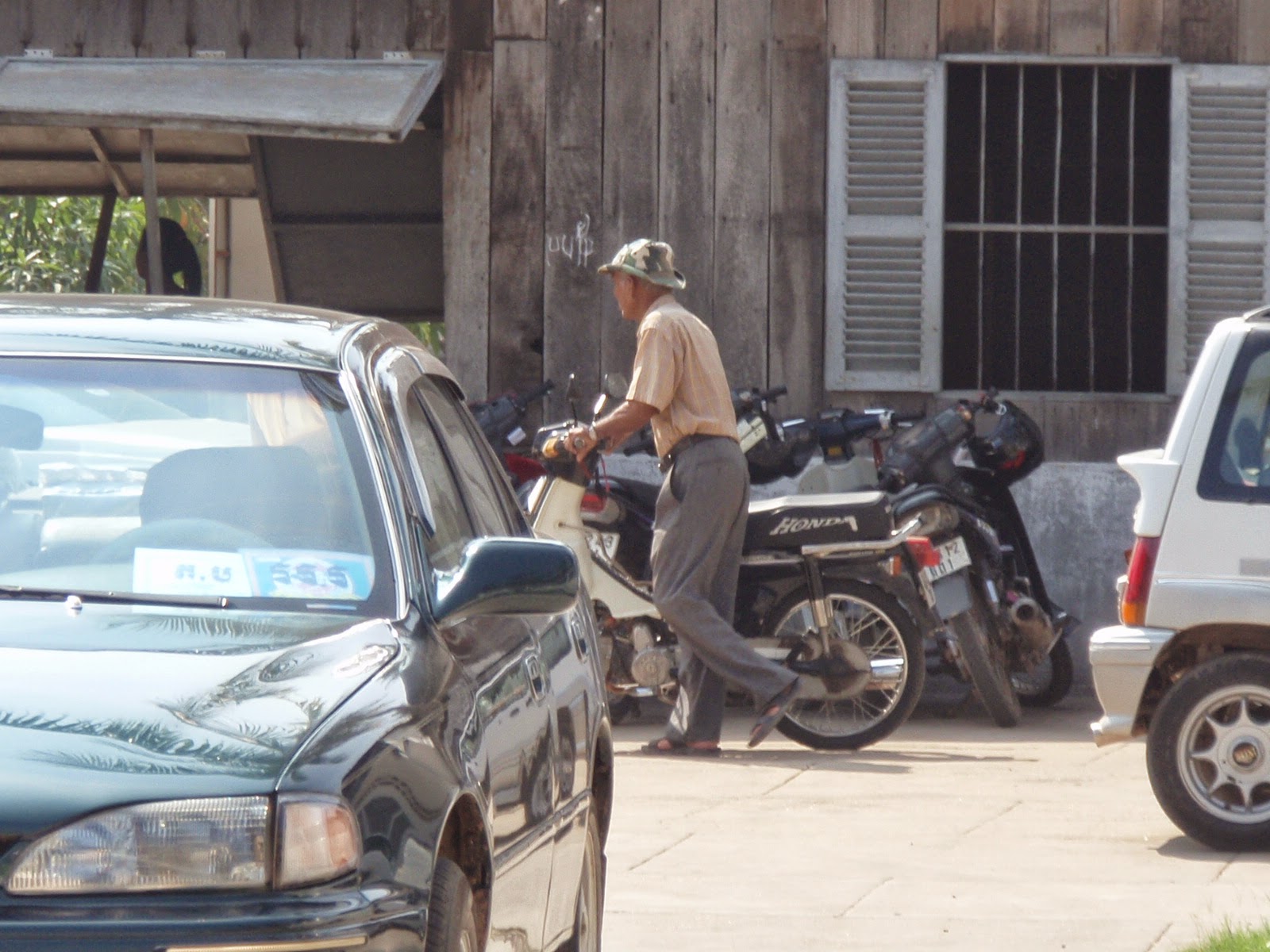 One of two known living survivors of this prison camp

We then headed over to the Killing Fields which was used to kill and dispose of the bodies from the various prison camps.  It was so confronting to see mass pits where hundreds of bodies were disrespectfully thrown on top of each other, to see trees where babies were allegedly thrown up against to kill them, and to walk around in dirt that had bones everywhere. 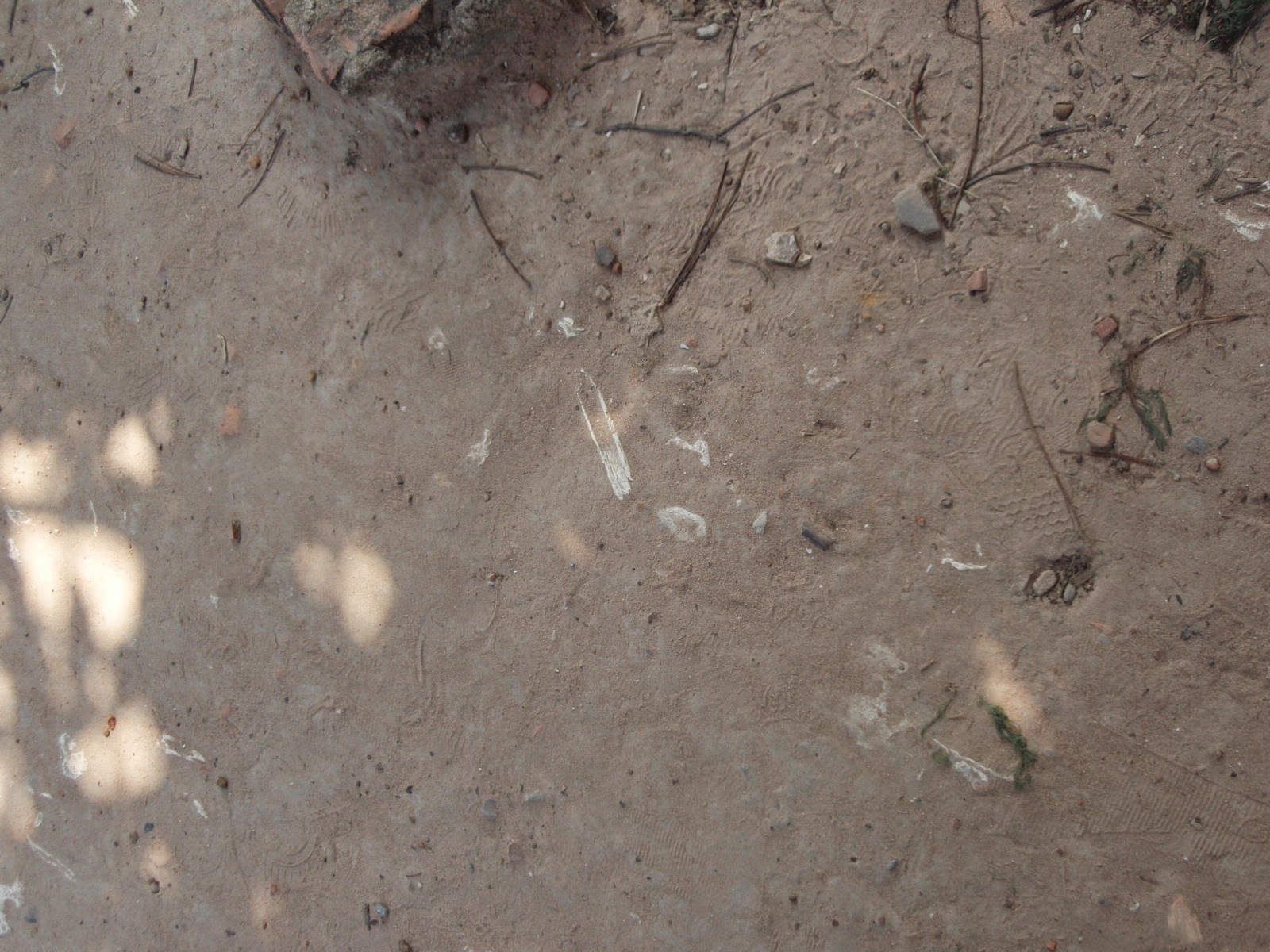 What I assume are human bones are all over the ground 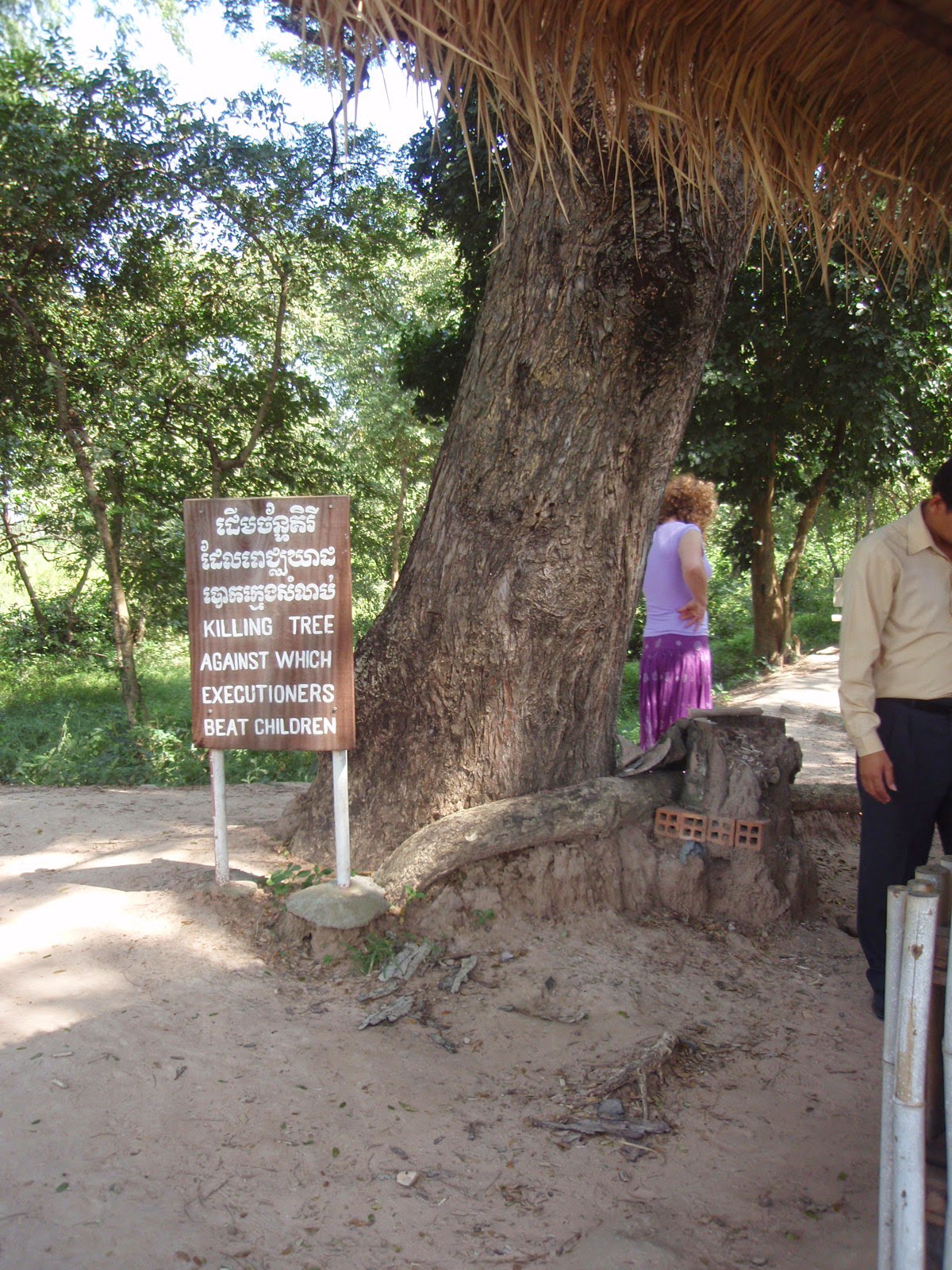 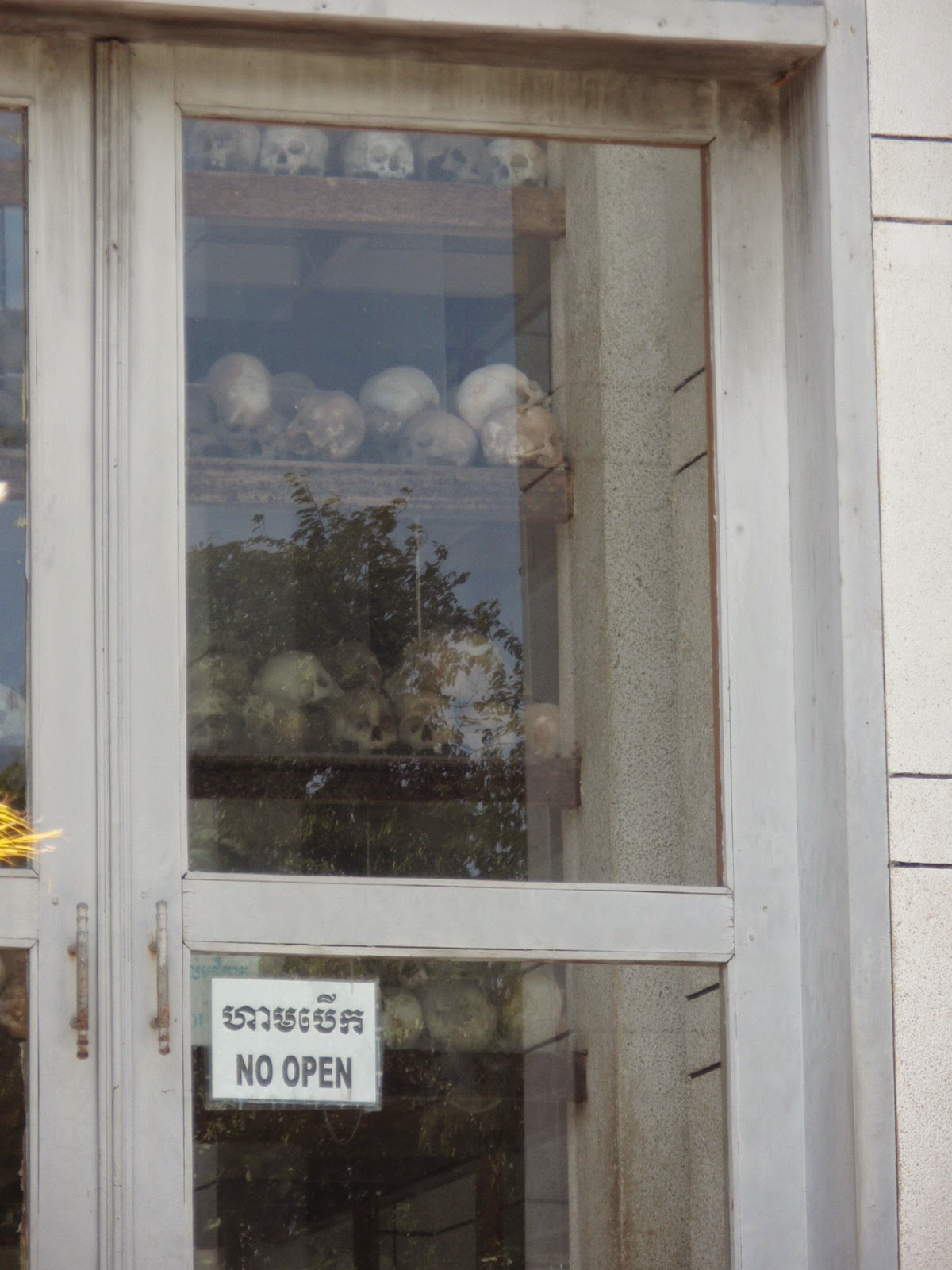 (apologies for the awful photos, these were the days of point and shoot cameras)

After Phnom Penh we hopped over to Siem Reap where a trip to the Angkor Wat was mandatory.  Sunrise at the Angkor Wat with the striking silhouette is an amazing experience and worth doing if you can. 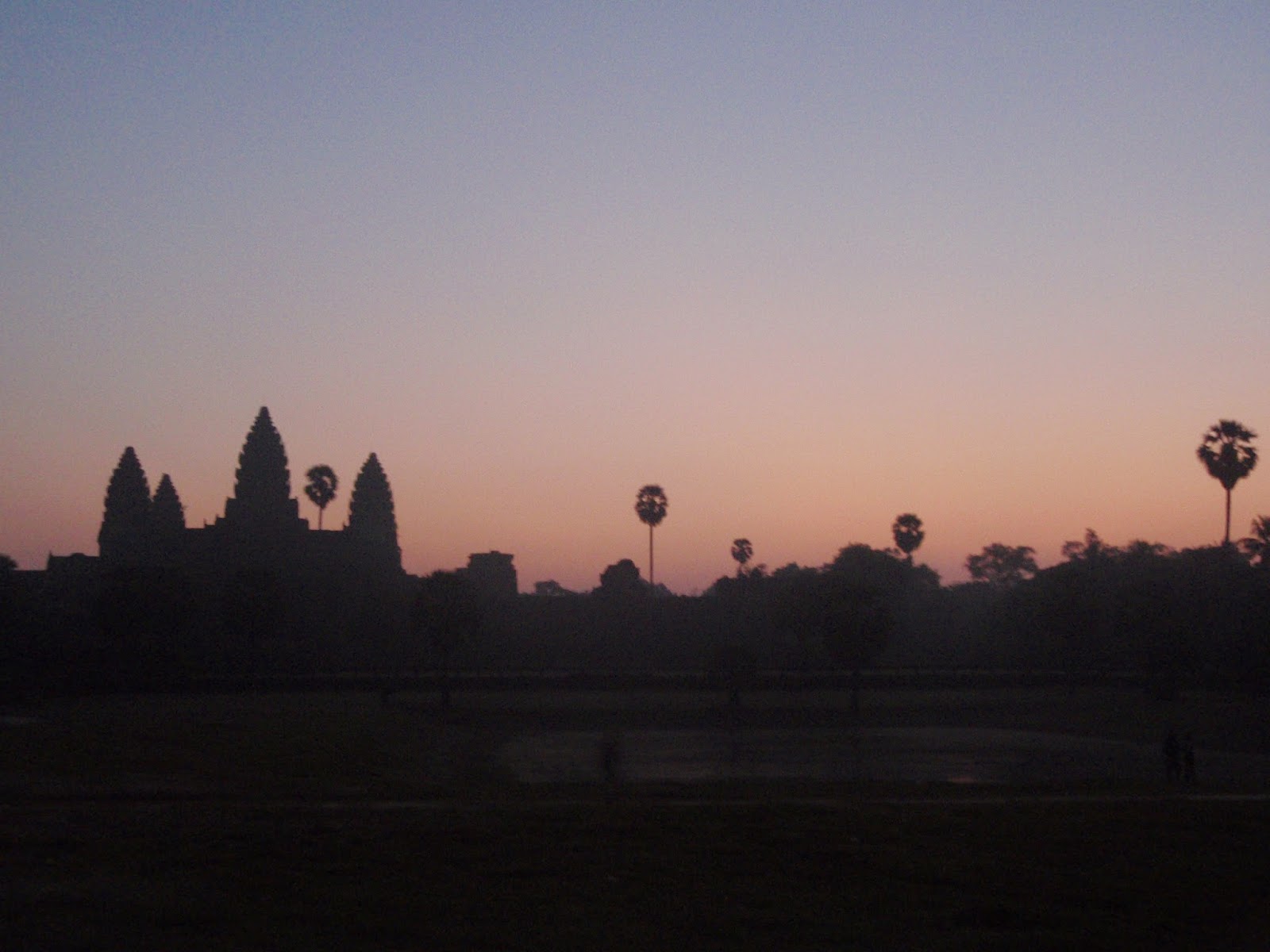 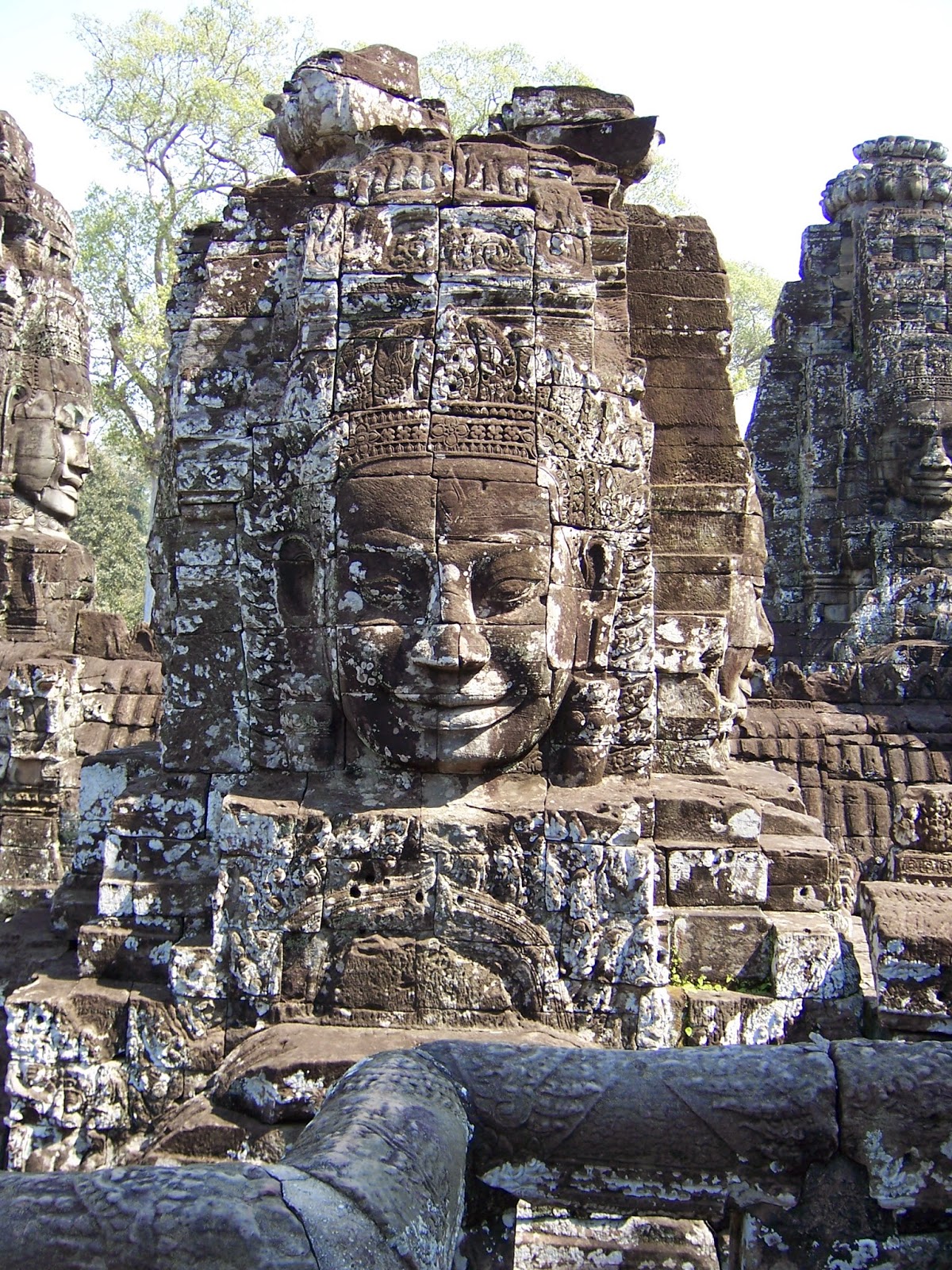 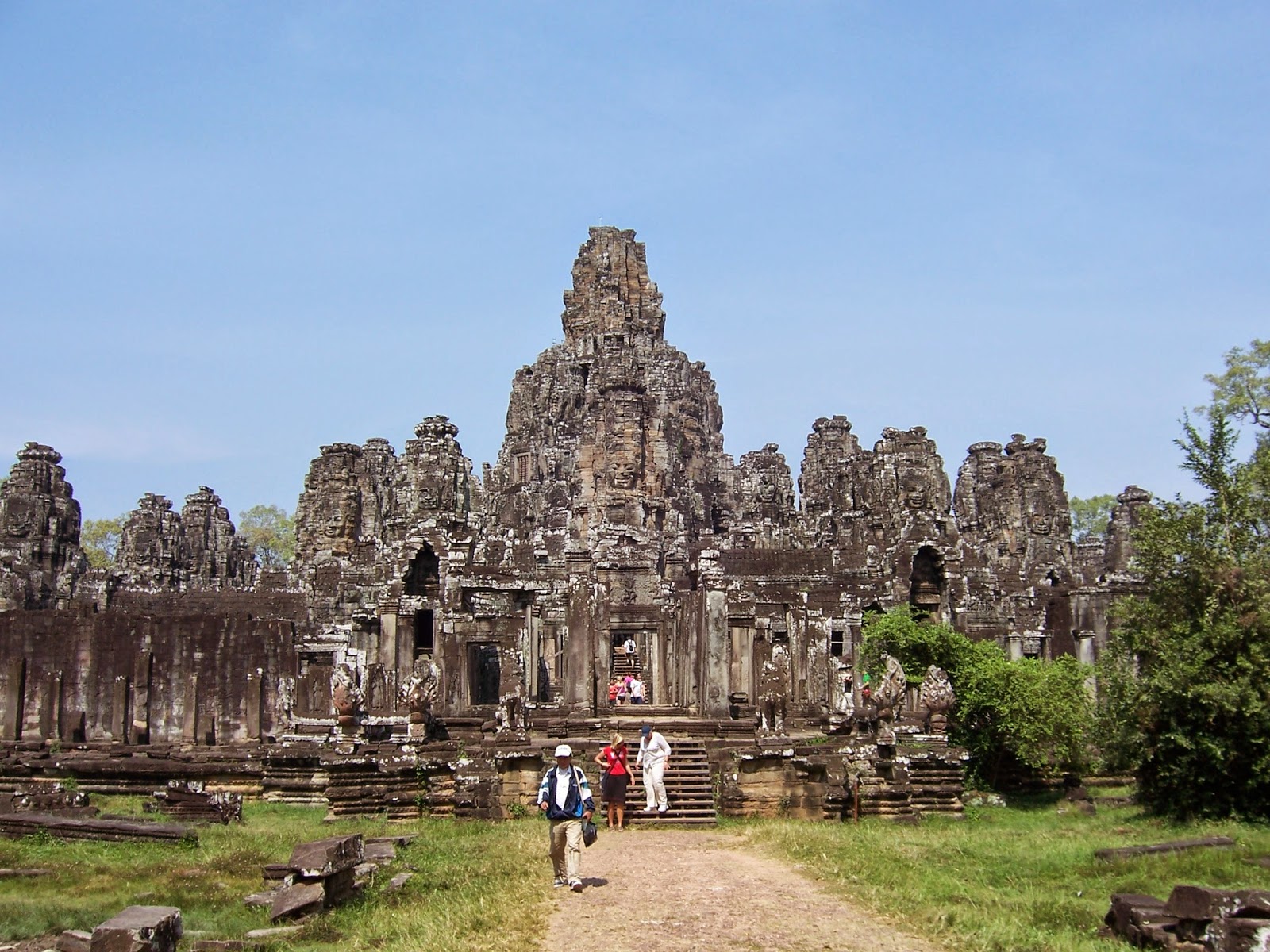 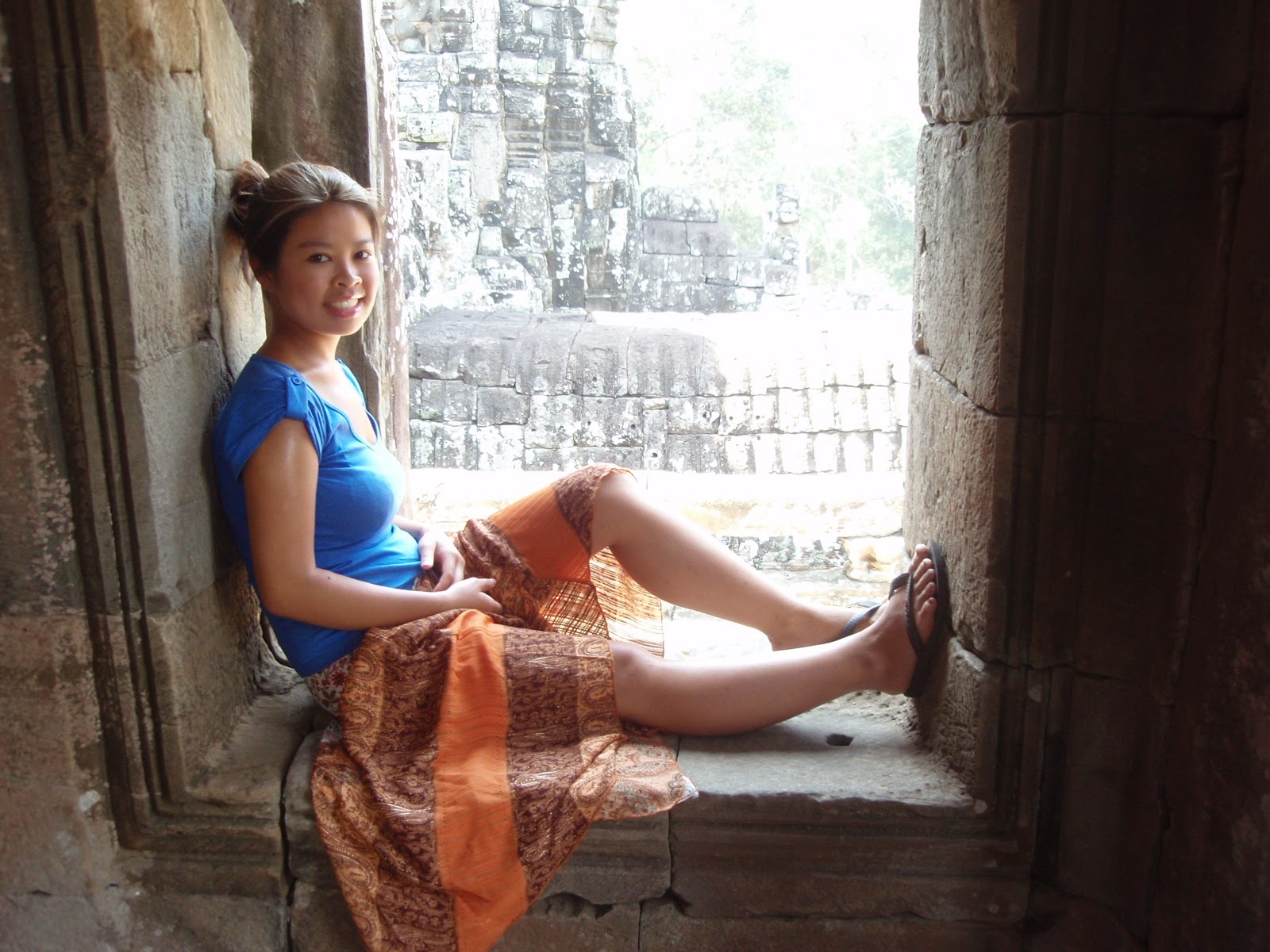 "Attractions" aside, I found the people of Cambodia to be such amazingly beautiful souls, especially considering the brutal recent history of their country.  We had a tuktuk driver who dropped us off but not before walking us through the masses of people to where we wanted to go.  The impoverished mother and child literally sitting on the road who didn't beg or hassle foreigners as they walked past (in stark contrast to the mother in Thailand who dressed her child up in ridiculous gold chains then tried to charge us money for taking a photo of him - sick).  The gorgeous little boy who came up and drew a picture in my lap as I was getting ready to leave the orphanage . 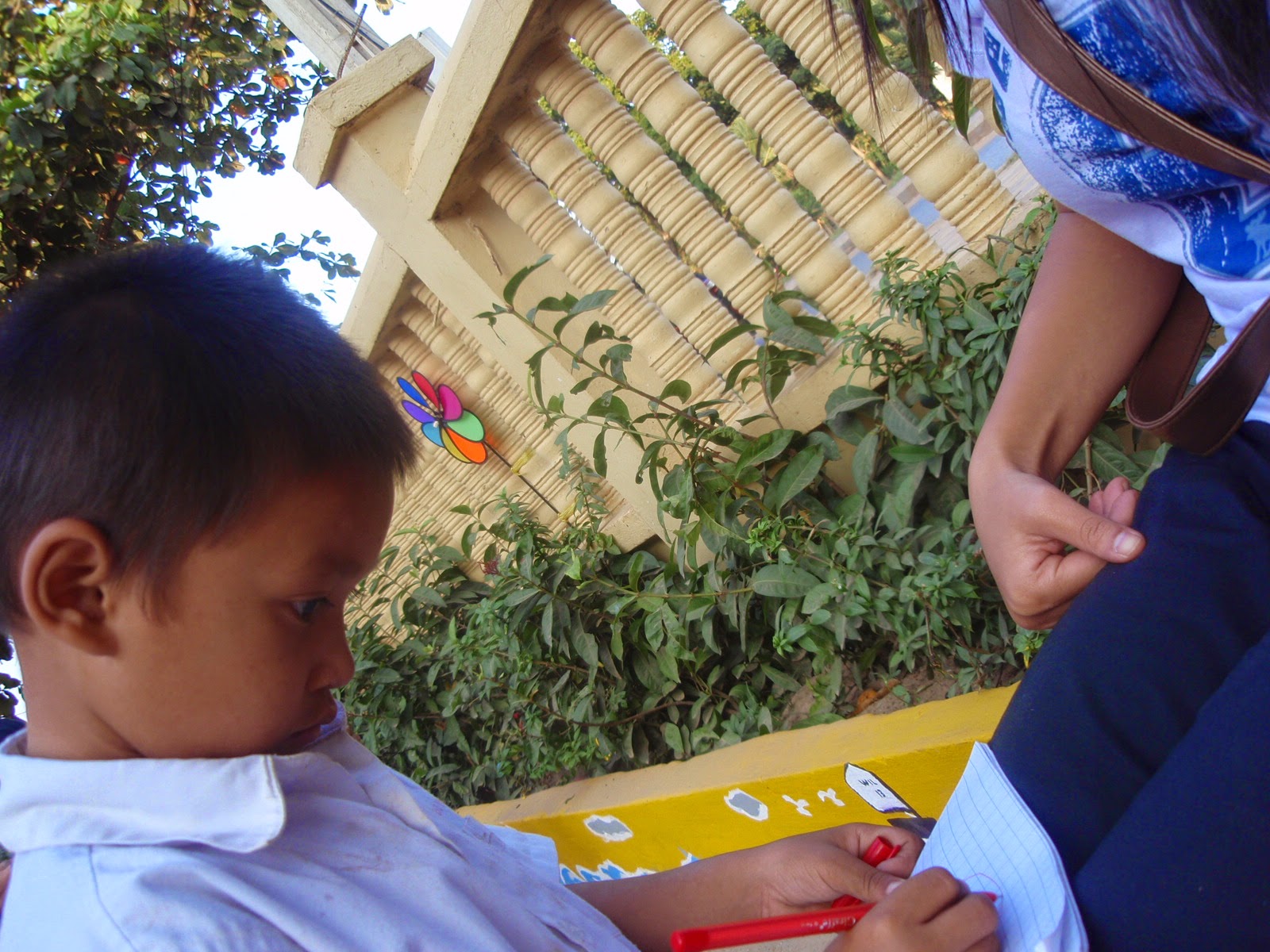 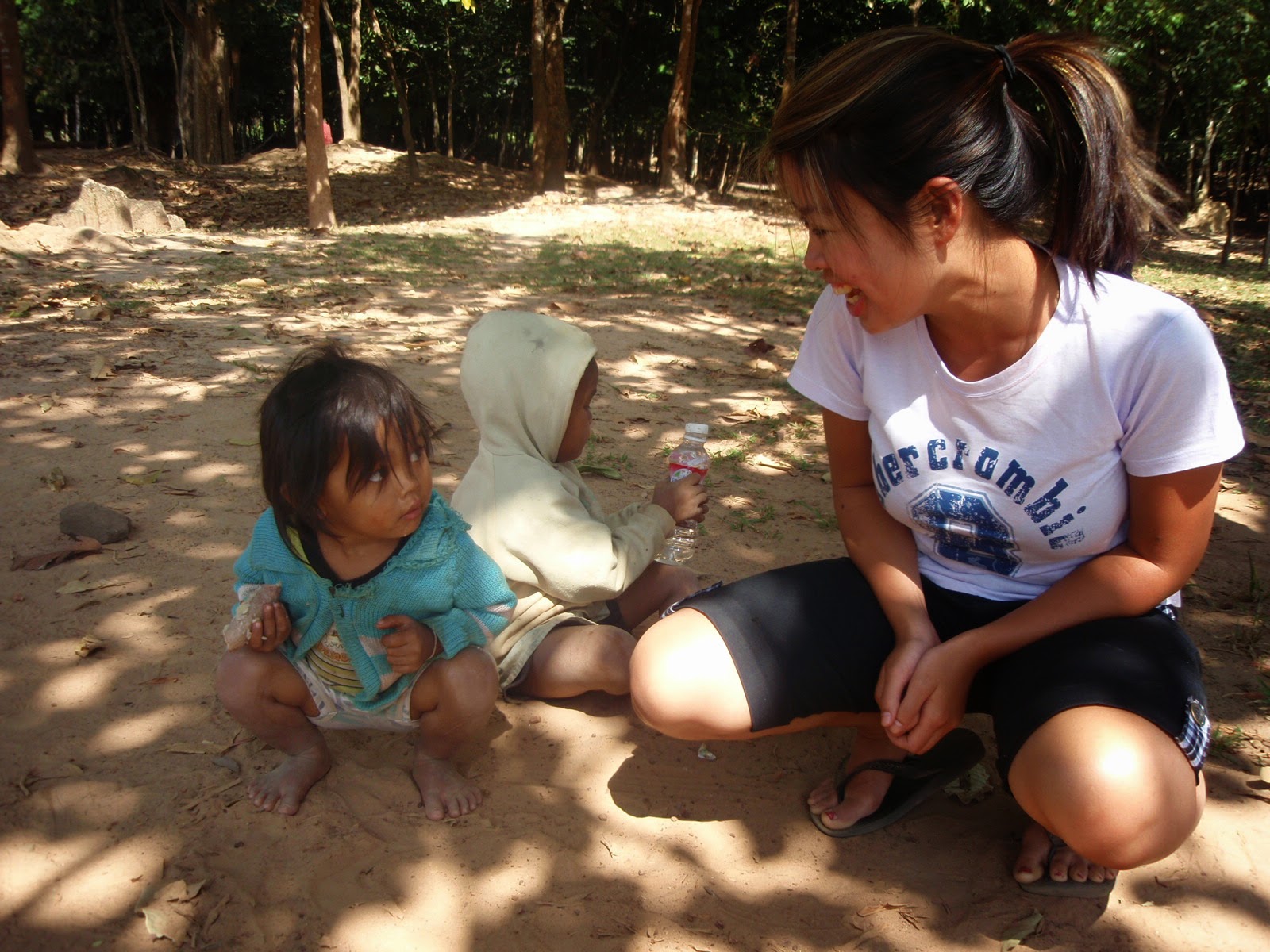 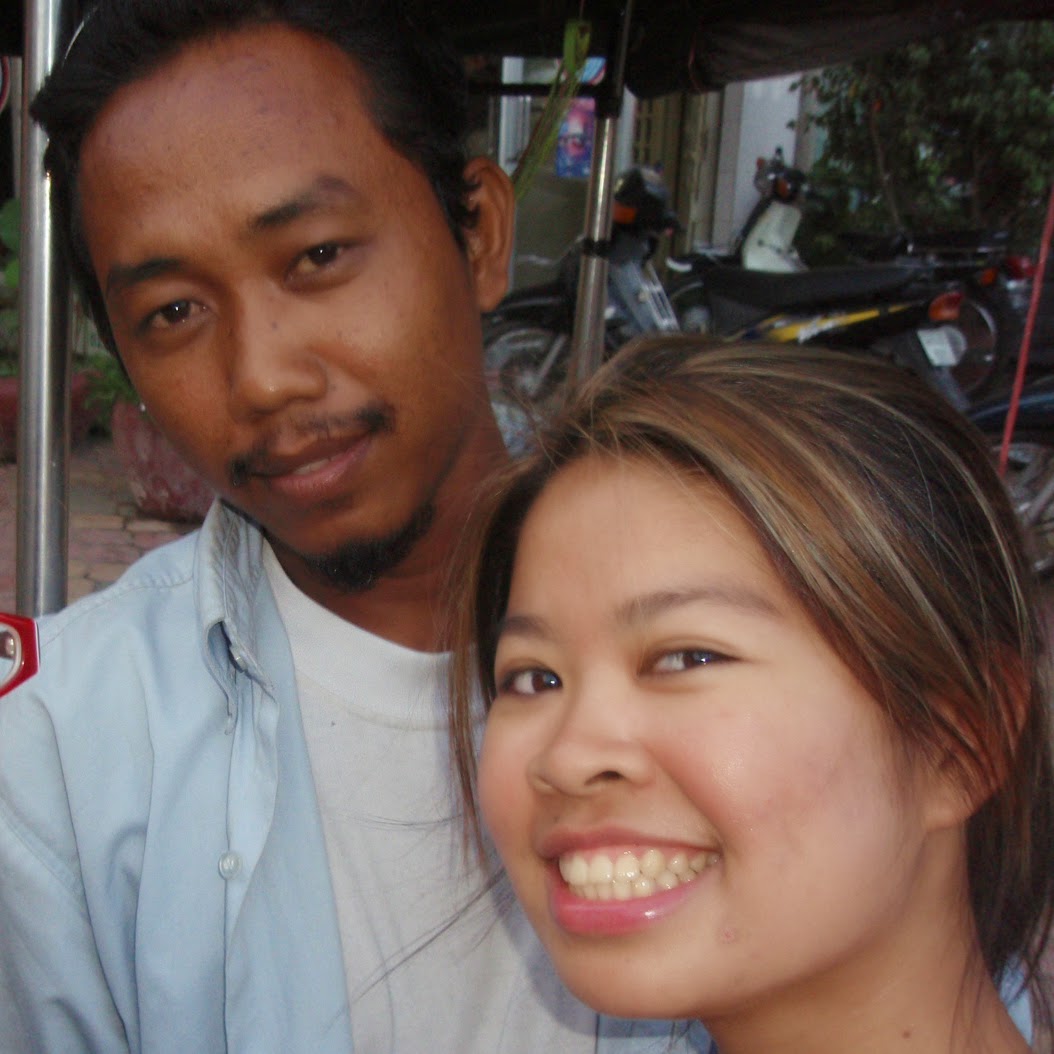 Me with the taxi driver.  (on a side note check out my blonde hair)

Getting back to my opening statement - I am so relieved and so happy for the people of Cambodia that 'justice' has been served and hopefully they have the closure they need to close this painful chapter of their history and move on.  (I say 'justice' because the main leader of the Khmer Rouge, Pol Pot, committed suicide in 1998 and avoided any prosecution.  Others legitimately passed away and the few that were sentenced today have lived the past 4 decades in civilian life as they were only arrested 7 years ago). 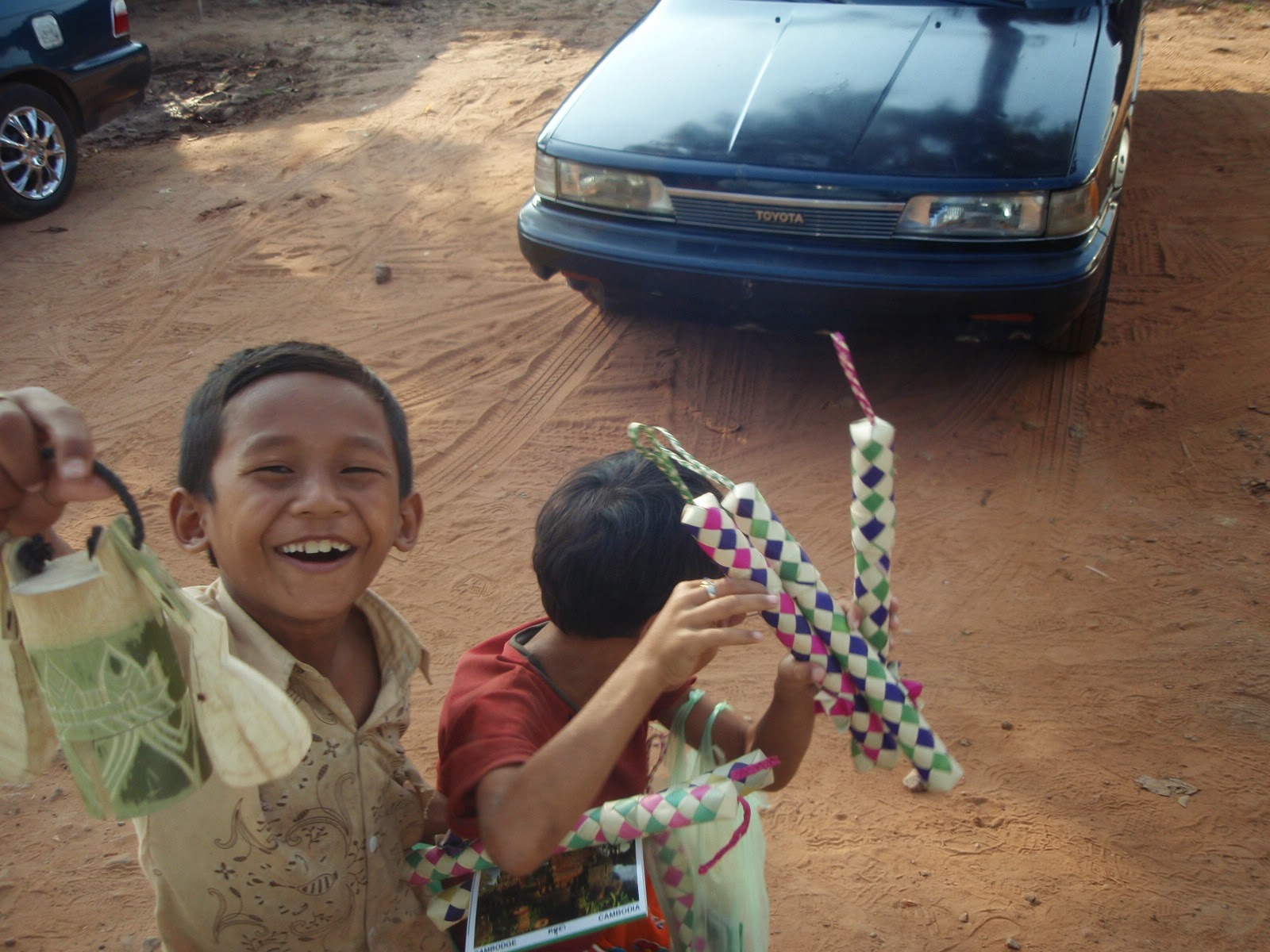