Saturday morning Tom and I went to Crows Nest so he could visit a music store which had a "pedal board" he wanted to buy (a pedal board in a suitcase thing which holds guitar pedals).  We had breakfast at Montagu which was ah-mah-zing.  Seriously, we just stumbled across it and I am now ranting and raving about it to anyone who will listen.  The produce was just so fresh and tasty.  The only negative was the number of flies because they have an open kitchen.  But it was worth eating breakfast with flies because the food was so good. 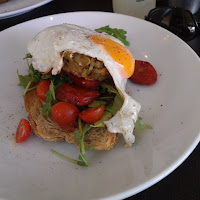 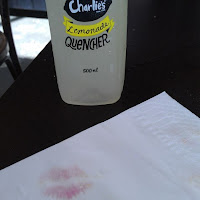 I got free tickets to see 'I Give It A Year' starring Simon Baker, Rose Byrne, Minnie Driver and Anna Faris. It was ok.... mindless fodder.  Stephen Merchant's character is just outrageous.  He was on the Graham Norton Show and said the Director wrote the role specifically for him and you can see why.  It's also nice to see 2 Aussies playing major roles in a big Hollywood movie (although very sad that one donned a British accent and the other donned an American accent). 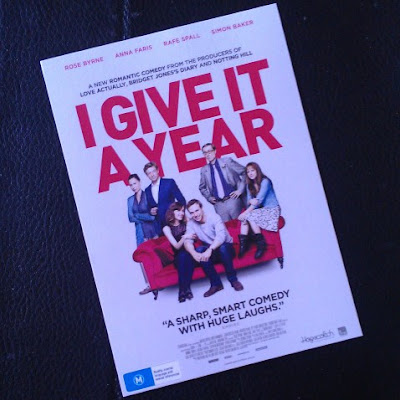 We went to have dinner with Tom's parents and grandparents - his Grandma is a hoot, absolutely crackup.  I always enjoy chatting to her.  I wore my blue Marcs pants out for the first time and absolutely loved it. 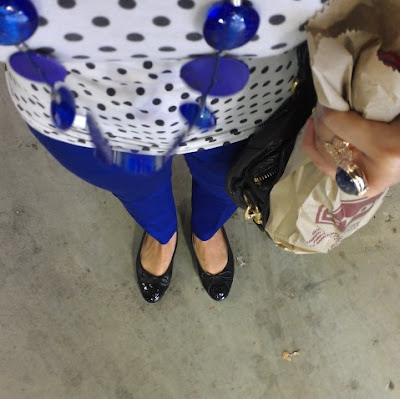 Sunday is always my day for visiting my family.  Had lunch with Aunts and Uncles, played games with my cousins (of the board variety) between lunch and dinner, then dinner with my immediate family.

I had a few ebay listings end tonight - only sold 3 things.  Might just give the rest to Vinnies - can't be bothered relisting (apart from the expensive stuff).
Posted by Kay HermosaVogue at 3/19/2013 10:48:00 am